The Biggest and Baddest: 9th Edition’s Best Lords of War 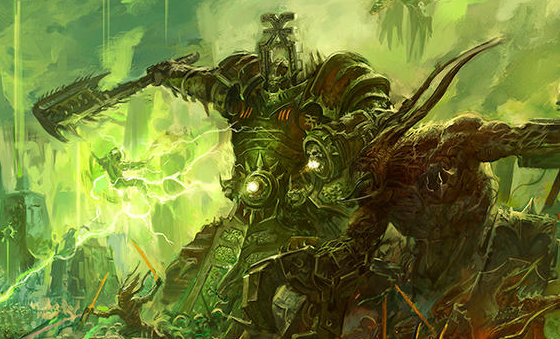 Despite their reputation among many players as too powerful, most Lord of War units have actually struggled pretty hard in 9th Edition. The rise of Obscuring terrain and extremely powerful melta weapons–in conjunction with 9th Edition’s scoring system–has made most Lords of War a tough sell competitively.

Fortunately, a few Lords of War have managed to rise above those issues through a combination of their datasheets and available synergies. If you want a centerpiece model that will also deliver for you on the tabletop, this article will give you an idea of where to look. Let’s dive right in, starting with #5.

Honorable Mentions: Armiger Warglaive, Knight Castigator, Kustom Stompa, Roboute Guilliman (one of the best, but at only 9 Wounds he didn’t fit the spirit of this analysis)

The KLOS is the best kind of competitive unit: A unit that does well on its own due to its base stats, but also has lots of strong synergies available to take it to the next level.

And goddamn, does the KLOS have some synergies. Here is an extensive but in no way exhaustive list:

Triple Lord of Skulls lists briefly got some buzz at the tail end of 8th Edition, but that buzz went away with the changes to detachments in 9th Edition. I don’t think this is completely fair, considering those lists actually start with roughly similar CP in 8th and 9th. People have written them off too quickly. If you’re looking for a Lord of War to stack buffs on, there is arguably no better unit in the game than the Khorne Lord of Skulls.

One of the big winners from the refresh of Forgeworld datasheets in 9th Edition, the Knight Magaera has become a force competitively for both Imperial and Chaos Knight armies.

The Magaera comes with an in-built 5++ invuln save. This is huge, as most Knights only have an invuln save against ranged attacks by default. Seeing as the best way to kill Knights are generally high AP melee attacks, the 5++ against melee attacks enables the Magaera to survive retaliation well. Imperial versions can also stack Rotate Ion Shields with the Magaera’s invuln to reach a 4++ against melee attacks, while the Chaos version can’t due to a wording difference on the stratagem. Games Workshop works in mysterious ways.

The Magaera also comes with the Empyreal Preysight rule, preventing opponents from receiving the benefit of cover against the Magaera’s ranged attacks. This combines incredibly well with it’s Lightning Cannon and Twin Rad Cleanser, which averaged a combined 15 Hits flat 3 Damage attacks and make it nearly impossible to charge. Most importantly, the Siege Claw comes with a sweep attack that does 3 Hit rolls per Attack at flat 3 Damage.

The Magaera is an incredible source of high volume 3 damage attacks in both melee and shooting, making it effective against both elite Infantry and Vehicles/Monsters. Costed aggressively enough to run 2 or 3 in a competitive list, Magaeras will only be seen more often as more players start getting the model.

Mortal Wounds are only getting stronger as 9th Edition goes on, and no model in the game produces more Mortal Wounds than Magnus. With a d6 or 2d6 MW Smite and the ability to cast up to 3 additional Mortal Wound generating powers, Magnus can tear through units like Deathwing Terminators or Harlequins Troupes or “Look Out, Sir!” protected Characters.

It’s tempting to take advantage of his 8 flat 3 damage attacks early, but don’t rush him towards the enemy turn one. Instead, play him as a ranged weapon that can also take over in melee during the late game. Deploy him defensively, have him advance in range to drop a barrage of Mortal Wounds, and then have another unit Warptime him back out of the threat range of the opponent’s biggest guns.

While he’s one of the deadliest units in the game, Magnus is only third in these rankings because he is surprisingly vulnerable to alpha strikes. With only T7 unlike his Nurgle brother’s T8, Magnus can get knocked out early by units like pre-game moving Melta Attack Bikes or Retributors. He also lacks the elite auras that the higher ranked Lords of War have. Re-rolling 1’s to Hit and Psychic Tests is nice to have, but Magnus just isn’t much of a force multiplier for his points.

I’ve got major, major issues with the Silent King’s datasheet. The Silent King was waging war across the galaxy against literal Gods before most races even existed. His influence on the setting completely dwarfs any other character with a model. Even characters as esteemed as Guilliman are crawling infants compared to the Silent King. It doesn’t make any sense that the Silent King is in danger from anything he’ll encounter on a typical battlefield.

The Silent King’s datasheet shouldn’t even have stats or abilities that other units can interact with. It should just be two words: “You win”. But The Silent King does indeed have a 9th Edition datasheet, so let’s talk about it.

The Silent King is one of the game’s premier buffing units, bringing an incredible array of abilities to bear. For starters, he re-rolls ranged Hit rolls and melee Wound rolls for any Core units within 6″. He can also perform My Will Be Done (giving +1 to Hit to a Core unit) twice, increases the Movement of nearby units, and can alter your Protocol for one round.

While he isn’t incredibly killy, he does make enemies in Engagement Range ineligible to Fight–a hard ability to come by in Necron armies. The Menhir’s flat 6 damage shots are a great target for Techno-Oracular Targeting to ensure that at least one wounds.

Unlike most Lords of War, The Silent King can still benefit from Obscuring terrain and Dense Cover. This makes him incredibly hard to alpha strike, compared to something like Magnus or a Baneblade. He also can deny a psychic power and comes with the 4+ Psychic deny stratagem from his Szarekhan Supreme Command detachment, giving Necron armies some crucial defense against Psychic Actions or a key Psychic Power.

If The Silent King benefited from his Szarekhan dynasty’s trait to receive a 5+++ Feel-No-Pain against Mortal Wounds and re-roll a Wound roll, I would have him at the top of the list. Speaking of Lords of War with a 5+++ Feel-No-Pain….

Befitting a Daemon Primarch of Nurgle, Mortarion finally has a datasheet that reflects his supernatural durability.

I was honestly tempted to take Mortarion out of the top spot, because ultimately he runs into the issue that there are just matchups where he doesn’t do very much. Sisters, Guard, and Tau have really strong answers to Mortarion in terms of damage output or mitigating his impact. And that’s why personally I’m not really a fan of Mortarion unless you’re going for a silly threat overload build (Mortarion, Magnus, a Lord of Change, and two Keepers of Secrets with some Nurglings and Furies is a legit list you can run).

But the fact remains that Mortarion is the best Lord of War in the game because of how completely he dictates the flow of the game. Mortarion is an interesting piece in Death Guard, but becomes a nuclear weapon when paired with Warptime (and to a lesser extent, Diabolic Strength/Death Hex/Virulent Blessing/Fleshy Abundance in Chaos soup). His threat range becomes something that the opponent needs to play around every single turn that he is on the board. He’s also a hard counter to the units that have long countered durable Chaos builds, aggressive melee armies. His 9″ auras (potentially 12″ with a psychic power) to prevent opposing units from benefitting from non-psychic auras and prevent rerolls, when combined with his 4++ invuln, -1 damage, and 5+++ feel-no-pain, make him almost impossible to take down in melee. Even max units of deadly melee models, like big blocks of Dark Angels Terminators or Incubi accompanied by Drazhar and other buffs, can completely bounce of Mortarion.

You can also set up some creative plays where you use Mortarion’s aura to prevent enemy units from benefitting from their defensive buffs, making them more vulnerable to your army’s shooting from Knights or Emperor’s Children.

While competitively we’re in a “durability/hyper deadly MSU with long threat ranges” meta, some expensive centerpiece models still manage to deliver on the tabletop. Chaos players in particular are very fortunate to have lots of large centerpiece models that both look incredible, and deliver a ton of value on the tabletop. As always, stay safe, have fun, and may the Dark Gods bless your rolls.

Note: If you’re interested in supporting the growth of Warphammer, feel free to check out Patreon.com/Warphammer and join the team. Additional benefits and coaching are available.