Beasts of Nurgle: The Most Underrated Unit in the Game? 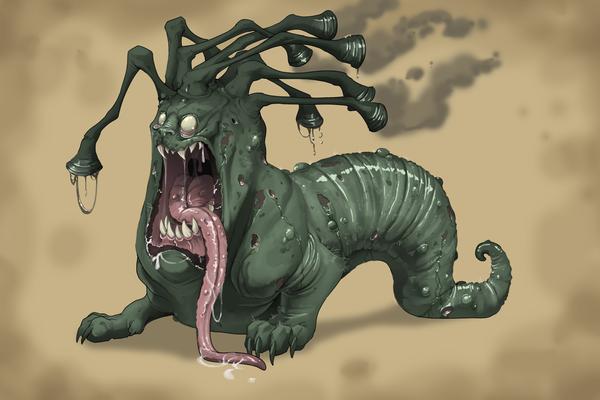 “You are about to enter another dimension. A dimension not only of high toughness and invulnerable saves, but of disgusting resilience. A journey into a wondrous land of imagination. You are entering… The Nurgle Zone.”

Their defensive profile for their points is truly, truly absurd. Daemons are built competitively around very durable objective holders, and no unit in the codex is more durable for its points than Beasts of Nurgle. Their large bases also make them excellent for screening out enemy deep-striking units or melee threats. At a dirt cheap cost of 35 points and 2 PL, they are guaranteed to be summoned successfully and you can generate a significant number of them without needing a huge amount of points set aside for summoning.

What makes Beasts of Nurgle such useful screens and objective holders is that due to their high toughness, 5++ invuln saves, and 5+++ feel-no-pain rolls (all of that for only 7 points per wound! Praise the Grandfather!) from Disgustingly Resilient, they are almost impossible for opponents to efficiently allocate shots to.The multiple layers of very swingy resilience mean that in my experience, even very smart opponents will end up way under-killing or over-killing individual Beast of Nurgle units.

Let me translate these words into numbers. Below, are various offensive units, and the likelihood that the unit will kill a single, 35 point Beast of Nurgle (Credit to Fields of Blood for their easy to use Mathhammer tool)

Probability of Various Units Killing a Single Beast of Nurgle:

Double Thermal Cannon Knight (480 points): 58.9% (This seemed so absurd that I thought this might be a mistake in the calculator, so I independently tested and verified that this is correct–finally, my statistics degree is becoming useful!)

For 35 points! All of these excellent offensive units, with a wide variety of offensive profiles, all become very unreliable when trying to target Beasts of Nurgle.

They received a stratagem in Engine War that, for 1 CP, let’s them do a Mortal Wound on unmodified 6’s to Wound. I have never used this, and don’t think I will ever use this, simply because I don’t think Beasts of Nurgle are optimally used in large enough unit sizes to take advantage of this. Even with a large squad of 5 all reaching combat, they will only do 2-3 Mortal Wounds on average. However, if you’re fighting a unit with a good save and very few wounds left, popping this stratagem to fish for 6’s and spike a few mortal wounds is a potential play to keep in mind. And bringing a big unit would let you get more value out of defensive buffs, such as Warp Surge or Miasma of Pestilence.

Starting the game with 3 units of 1, and summoning in additional Beasts of Nurgle as needed, is my favorite way to use them. I ran a list with around 130 points leftover for summoning, which in most matchups I generally use to summon a couple of Beasts of Nurgle and a unit of Nurglings. However, bringing big blocks of Beasts of Nurgle to maximize the value of buffs like Warp Surge or Miasma of Pestilence could also be an excellent addition to the right list.

I encourage you to try a few Beasts of Nurgle in your next game, and keep track of what ends up killing them. You’ll be shocked by just how much these little bundles of pestilence can soak up, while scoring points or screening out the enemy while the rest of your Daemons can hit them back.