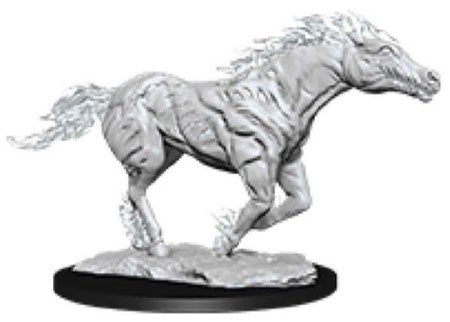 Editor’s Note: This article has been updated to reflect the release of the official Daemons FAQ PDF, and is fully up to date with the final rulings. Have fun!

James Workshop has returned from his journey into the Warp with an FAQ for the Daemons codex. This is welcome news for fans, as there were plenty of issues that needed clarification in the new codex.

Let’s start off by going item-by-item through the FAQ, and figure out what this means for both Daemons and non-Daemons players alike.

Breaking Down the FAQ

This is a real blow to Undivided lists, and especially Disciples Of Be’lakor. Previously, Be’lakor in a Supreme Command Detachment gave you access to every God’s Warpstorm table. This was a welcome in-game effect, but also felt very fluffy. Be’lakor is the iconic character you think of when it comes to Chaos Undivided.

The real losers of this change are Disciples Of Be’lakor. Because of the constraint that you have to have equal numbers of units from each God, lists designed to get access to Warpstorm effects are really going to suffer. And if you’re also bringing a detachment of Chaos Space Marines and a detachment of Chaos Knights like the army is intended to do, it is literally impossible to get any God specific Warpstorm effects if you have more than one non-Be’lakor Daemon unit. And on top of that, they didn’t fix the issue (covered more in depth in the second half of the article) of CSM and Knights breaking Manifestation in Disciples Of Be’lakor. It feels like GW forgot that Disciples Of Be’lakor exist when writing this FAQ. This feels like an unfortunate nerf to a fun and flavorful Army Of Renown that was already having zero impact competitively.

Bit surprised this was even included in the FAQ as it was already crystal clear, but it’s never a bad thing to have confirmation. I’ll only be disappointed if they included this “FAQ” over another actual grey area question that needed an FAQ.

Confirmed Malefic Weapons are not modified by rules that modify attacks, like Armour Of Contempt, unless otherwise specified

This is simultaneously great, and almost completely irrelevant.

The previous argument was that rules like Armour Of Contempt (reducing AP by 1) and Disgustingly Resilient (reducing damage by 1) still worked against Malefic Weapons, because they modified the attack and not the weapon. This felt like a truly inane distinction to me (all attacks are made by weapons), but the argument was out there.

I expected GW to go one of two ways: Either they rule the way they did, or rule that they forgot to include the word “attack” before “characteristic cannot be modified” and that the rule only prevented Malefic Weapons from interacting with +1 Attack or -1 Attack rules. I’m glad that they ruled the way they did.

So why is this ruling largely irrelevant? Literally none of the arguably most competitive Daemons units (Flamers, Bloodthirsters, Be’lakor, Bloodletters, Daemonettes) have Malefic Weapons at all. The Fateskimmer is used often and has 6 Malefic Weapon Screamer attacks, but with WS4 it’s not a unit you were counting on to do damage in melee. Your Fateskimmer previously killed less than 1 Plague Marine on average. Now it kills less than 2 Plague Marines on average. Tzeentch’s gifts are truly baffling.

The big winners of this FAQ for me are Hellflayers (and especially Tormentbringers on Hellflayers) and Skull Cannons. Hellflayers had 6 malefic weapon attacks on the charge with AP2, 2 damage. This profile was hurt hard by Armour Of Contempt or -1 Damage. Now that those attacks ignore any negative modifiers, Hellflayers have become rather decent into elite Infantry. Keepers also benefit from the slight buff to their claw attacks, but not enough to change their place in the Greater Daemon standings.

Skull Cannons have 4 S6 Bloodletter attacks with Malefic Weapons. Those attacks getting a slight boost from this FAQ makes that unit slightly more of a dual threat. I already thought Skull Cannons were underrated, and this ruling makes me want to run them just a little bit more. The idea of my artillery piece chopping up Space Marines will never not be hilarious to me.

Confirmed that Armour Of Scorn, Bladed Horns, and Slothful Claws work as intended

While many players and events were ruling that these worked anyway, it’s still great to get official confirmation. Armour Of Scorn is now in contention with the King Of Blades relic for any Bloodthirster you add to your list.

Confirmed Syll’Esske can take the Aura Of Bewitchment Warlord Trait

You know what would be even cooler? If they either undid the nerfs to Syll’Esske or lowered their points to account for the nerfs so Syll’Esske was worth taking. Or if they gave us the same option as every other 9th Edition codex has to take extra Warlord Traits, so there is a chance you would ever take this even if you are running Syll’Esske.

But yes, I am glad this got clarified. Syll’Esske is one of the most incredible Warhammer models ever made, and any additional reason we have to use it is a good thing.

Just like Be’lakor using Pestilent Invigoration, this didn’t really need an FAQ but it’s still great to get a confirmation of how it is intended to work.

If an opponent is already struggling to clear off a unit of Pink Horrors, bringing d3 Pinks back and keeping the Blues/Brims you’ve already split into will be brutal.

Pinks remain as vulnerable as before to getting trivially scooped in melee, but this ruling confirms that they’re some of the game’s premier anti-shooting tarpits. Just as planned!

There are some grey areas that should have been FAQ’d but weren’t. I’m also going to provide my personal good faith recommendations for how these rules should be played. While my word is obviously not law in a tournament setting, hopefully it provides some guidance for the vast pool of 40K players that only play with friends and will never play in front of a TO.

It’s great that we got an FAQ that cleared up Malefic Weapons and things like Armour Of Scorn. That was the biggest source of arguments with the codex, so I’m very glad we can put that all to rest.

I’m a bit heartbroken over the impact of the nerf to Be’lakor’s Warpstorm tables on Disciples Of Be’lakor. It’s one of my favorite fluffy armies, and encouraged a completely different playstyle than Daemons overall. There is a clear schism between the army construction rules and how Warpstorm effects are generated now, and it’s blatant that Disciples were not considered in this ruling. This is unfortunate, but the army still has a place.

With everything else, I remain a bit confused how the the FAQ team picks and chooses what ends up getting FAQ’d. We got something FAQ’d (Be’lakor being able to use Pestilent Inspiration) that absolutely didn’t need an FAQ at all from either a rules or balance perspective. Meanwhile, there are several glaring questions that have a very real impact on how the game is played that remain unanswered. The Warp is truly a mysterious place.

On a personal note, I’m really excited to start getting back into the 40K streets. I’ve been on a semi-hiatus since NOVA for personal reasons. My busy month or two at work is over, and my cross-country move to Colorado is finally completed. I’ve got around a dozen lists I’ve been messing with in Battlescribe that are just begging me to be played, and a bunch of half-finished articles just waiting for their time to shine.

Want to talk about your Chaos armies with the most knowledgable and most friendly community out there? Hop into the Warphammer Discord today and say hi! https://discord.gg/hfEV2Y2t.

As always, have fun, stay safe, and may the Dark Gods bless your rolls!