No Invuln, No Cry: Beating the Nightbringer 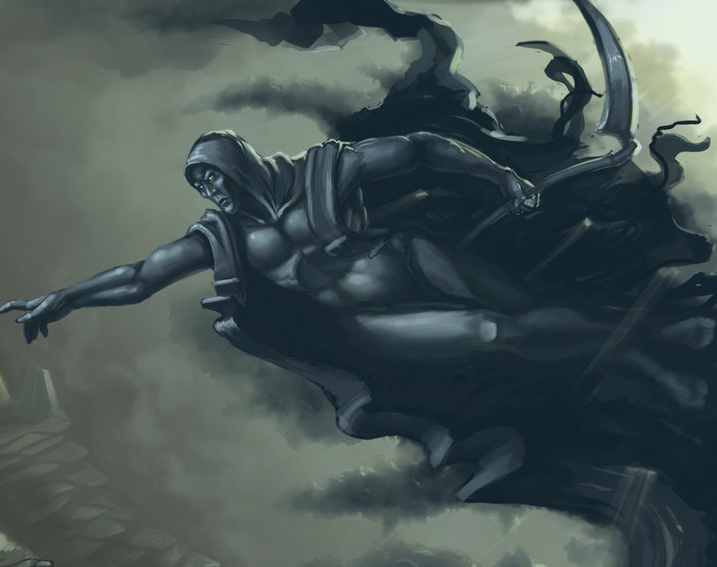 This post is going to be a lot shorter than usual, but I wanted to quickly talk about something that has caused a lot of worry for many Daemons players: the Necron’s new Nightbringer.

For those that haven’t faced him yet, the new Nightbringer has the following main combat profile: 6 Attacks, WS 2+, S14, AP4, Dd6. Scary, right? The worrying part for Daemons players is that he ignores invuln saves and any rules preventing damage from being taken (so Bloodthirsters can’t use their Blood-blessed rule, and feel-no-pains like Disgustingly Resilient or Delightful Agonies cannot be used). He also has a rule that means he can never take more than 3 Wounds per phase, and can heal 1 Wound every turn. He can also throw out a handful of Mortal Wounds during his movement phase. Long story short, the Nightbringer is a pain to deal with.

I was already an advocate of several of the Daemons shooting options, but I think the rise of the Nightbringer makes them even more important. Flamers are an excellent choice for the mid-range firepower needed to hurt the Nightbringer when he comes close. More broadly, if you were on the fence about the Living Whip vs Shining Hand on the Keeper of Secrets or the Wrath/Fury Bloodthirsters vs Rage Bloodthirsters, the Nightbringer and Ghaz are legitimate arguments for working some ranged damage into your list so you can get some damage in during an additional phase.

But more importantly, Daemons have one completely perfect hard counter: The Forbidden Gem.

The Nightbringer has Leadership 10. That means the Forbidden Gem will prevent him for fighting for a phase 50% of the time, 62.5% of the time if you’ve casted Phantasmagoria to reduce his Leadership by one. Considering you’re almost always killing him immediately in that Fight phase and then the Psychic/Shooting/Fight phases of your next turn, the threat of the Forbidden Gem is absolutely brutal for the Necrons player.

Slaanesh also has another perfect counter in the stratagem Aura of Acquiescence, which generates an aura which reduces opposing Attack characteristics by one. The fact that it is an aura means it’s very easy to string out a unit of Daemonettes in a mixed God army to provide a massive amount of coverage for your army.

The Nightbringer is also extremely swingy in combat. Even hitting and wounding on 2’s, the fact that he gets no re-rolls and d6 damage in combat gives you a great chance of surviving. In fact, the Nightbringer only one-shots a Greater Daemon 43% of the time. If the Nightbringer has -1 Attacks through Aura of Acquiescence or the Bewitching Aura, then he only one-shots a Greater Daemon 24% of the time. The Nightbringer also hates hit modifiers, only having a 24% chance of one-shotting a Great Unclean One with Miasma of Pestilence. People view hitting and wounding on a 2+ as basically auto-hitting and auto-wounding, but without re-rolls a 2+ to hit and wound means only 2/3 of attacks (technically 25/36, but close enough) will wound.

And if your army has no Slaanesh units at all, then you’ll just have to do some good old-fashioned screening. He only moves 8″ and has no access to advance and charge, so carefully measure his threat range when you move your valuable targets and you can mitigate his impact. He’s brutally expensive at 350 points (significantly more than any of the Greater Daemons you’re worried about him killing), so in some matchups the Nightbringer will simply kill a lot of stuff and you’ll have to out-play the Necrons player in other areas of the board.

The Nightbringer is a powerful and flavorful tool. It’s always cool to see unique units in other factions that present new challenges. Despite the initial over-reaction by some people, the Nightbringer doesn’t do much to change how incredible our Greater Daemons are in 9th Edition. If you come prepared then you will find yourself beating Necrons often. As always, have fun, stay safe, and may the Dark Gods bless your rolls.