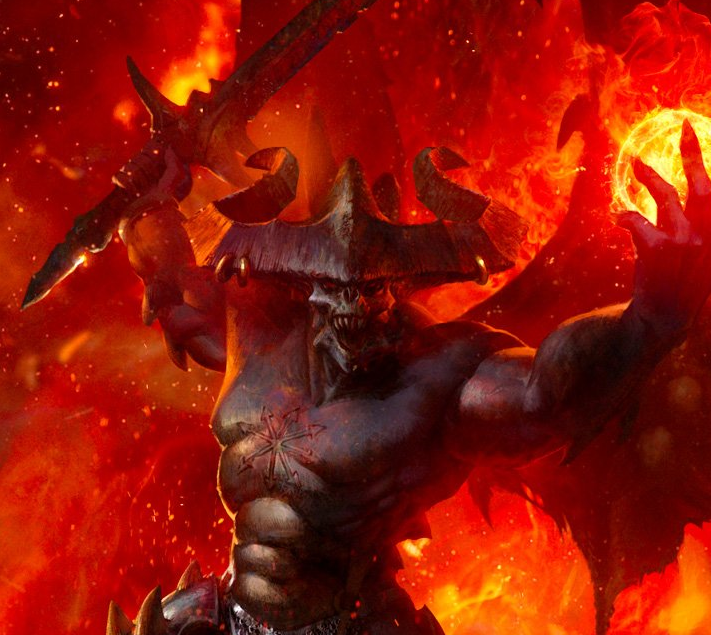 Hey everyone, I’m happy to announce that I’ll be playing Daemons on a commentated TTS stream tonight against Tom, a talented player (previous GT winner) and gentleman of the game. Tom will be bringing a brutal Black Templars list headlined by multiple units of Bladeguard Veterans backed by Plasma Inceptor and Eradicator shooting, while I’ll be running a Chaos Undivided list headlined by Mr. Chaos Undivided himself: Be’lakor. We will be using all the new rules and points values from the recent FAQs, so this will be your opportunity to come see how the game plays with the new changes.

The game will be hosted and commentated by Death or Glory Wargaming, and will stream on www.twitch.tv/deathorglorywargaming around 8 PM EST (on January 8th, for anyone viewing this post at a later date). Come check it out! Be sure to also give Death Or Glory some love while you’re there, they host online 40K tournaments and have very high levels of sportsmanship.

I’m going to present my current Daemons list, updated to reflect the changes of the latest FAQ. Discussion of the choices in the list will follow below.

A lot of these units are standard Daemon choices by this point, but there are a few decisions that reflect how the FAQ has affected the game.

The first is the shift away from Beasts of Nurgle to Plague Drones. Plague Drones are a beloved unit in the Daemons fanbase, but they have always struggled to find a place since Beasts of Nurgle had both an extra wound and were cheaper. With Plague Drones dropping 5 points, there is now an argument to be made for them. Gaining extra mobility (+4″ Movement, Fly, and the ability to take an Instrument) and more reliable offense in exchange for losing a wound and heroic interventions feels like a fair trade. I’m excited to try them out and see how they do, although Marines are a tough matchup given their 0AP into common 2+ Saves.

Nurglings are still solid after their points hike, but 22 points per model is starting to look pricey for what they bring. I think you need one unit just to screen pre-game in some matchups (especially Raven Guard or against AdMech Raiders), but it’s going to be tough to still run 25-30 like many Daemon players have been doing. Bloodletters have impressed me every time I’ve run them, so I’m excited to try investing more heavily in them. I called them “one of the best units in the game” in my Khorne guide, and still believe that now.

Another tech choice is the decision to make the Furies Slaanesh. This isn’t an FAQ change, but I value the ability to have a mobile Aura of Acquiescence source (3″ -1 Attack debuff aura) over the slight durability buffs of Tzeentch or Nurgle.

The last tech choice is bringing Be’lakor. The Death Hex and re-roll 1’s aura are cool, but the secret sauce with him is his Infernal Gaze. Daemons suffer from having only one targetted Smite variant, Bolt of Change. This means that any enemy support characters aren’t in danger and can move freely. The combination of Infernal Gaze and Bolt of Change (with +1 MW) means that your opponent now has to try to hide his Characters, because approximately 2d3 + 1 Mortal Wounds could easily one shot any Characters.

Let’s see how it works in practice tonight on the Death Or Glory stream. Hope to see you there!

And as always: Stay safe, have fun, and may the Dark Gods bless your rolls.