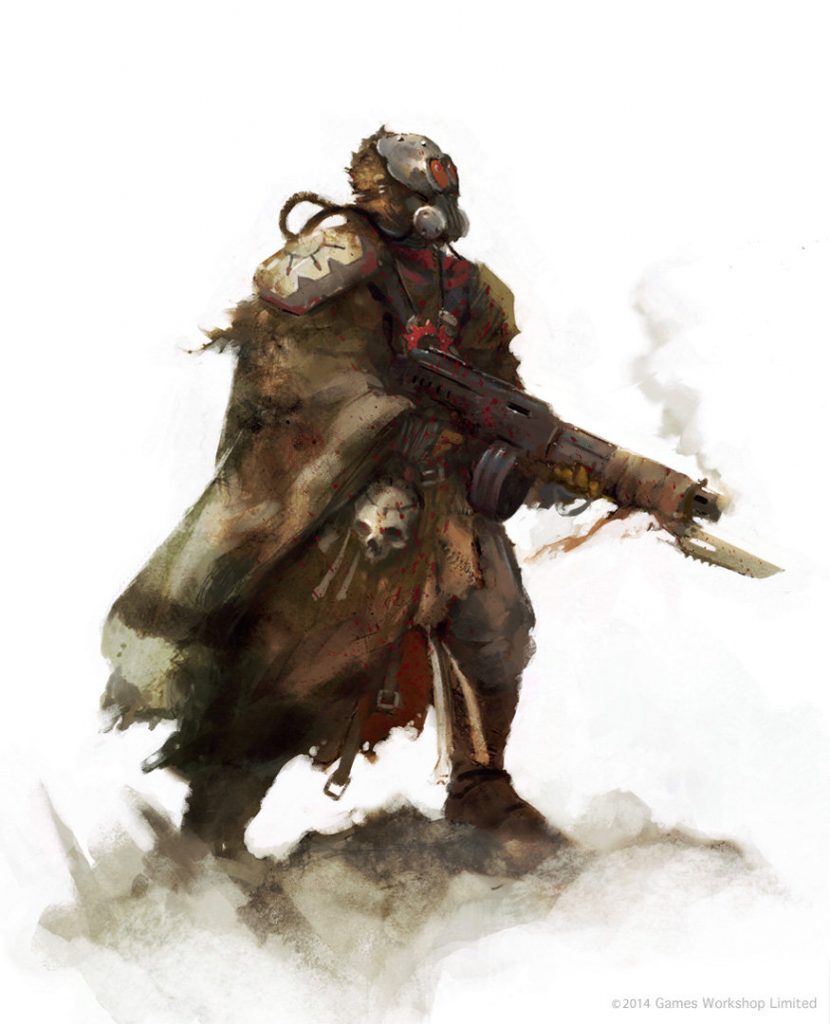 The OTHER Half of WarpHammer…

I’m here as an analyst. I plan on giving you some Chaos content in one form or another as the game evolves. I’ll be focusing on the minutiae of competitive Chaos – how little decisions in army building or strategy can add up to help Chaos players win more games.

In comes the Cut. The Quick Chaos Cut is a short podcast – now sistered with an article on the same topic – that will discuss all things Chaos. I’ve created 5 such episodes previously found here:

Episode 1 is about the best melee weapon in the game, the Death Guard’s Plague Flail, and how its versatility as a melee weapon makes it so strong.

Episode 2 is about the best character chaos has to offer – the Foul Blightspawn – and how he is one of the most powerful offensive and defensive pieces you can include in your list.

Episode 3 is about the most durable single unit in the game – the Lord of Change – and how he fits into the grand schema of Chaos.

Episode 4 is about designing your “wiggle room” of your list around going after secondaries that are independent of your opponents army and what Chaos has to offer for that purpose. Mike also has a great article that breaks down the choices for Daemons here: https://warp-hammer.com/2020/09/25/just-as-planned/

Episode 5 is about the most disruptive and defensive relic in the game – the Forbidden Gem – and how it can devalue your opponents characters even if it is never used.

Episode 6 is below, followed by a paired article on the subject.

I talk about how you can realistically deny your opponent points, and what units are great at doing so.

Welcome to the Cut.

Volume 6 – The OTHER Half of Winning the Game…

Winning a game is simple – score more points than your opponent. Half of winning the game is accruing points, scoring Primaries and Secondaries over the course of the game. This is not all that it takes to win the game. Even if you accrue maximum points on your primary and secondary – scoring 85 to 100 points – you can still lose. This is evident in my most recent tournament game, where I made choices with my units focused strictly on accruing points, disregarding choices to deny my opponent points.

THE OTHER HALF of the game – the half that is more commonly ignored – is denying your opponent points. As 9th edition evolves, competitive players are going to design their list around giving themselves more options to score secondaries that are independent of your list. Lists are going to design for secondaries like WWSWF, Recon, Scramblers, and other options that can be scored against any opponent. This will give you a harder time denying secondaries. While it is in your power to round out your list to not give up secondaries (Assassinate, Bring it Down, etc…) and I absolutely encourage that to some extent, good players will score high on secondaries almost regardless of your army build and choices throughout the game.

The main way to deny your opponent points is to deny primaries.

What units are good at denying primaries?

Units that are good at denying primaries usually have two defining characteristics:

Shooting a unit from an objective is one way to deny primary. But shooting units off objectives has two problems:

First – your opponent will usually have multiple layers & units on an objective. Think of a transport with a unit and a character – You will need three separate instances of shooting/assaults to deny that objective.

Second – If you only remove that unit, you don’t hold that objective in terms of hold more – and such it’s more difficult to deny points for hold more.

At some level – you will need to be mobile to deny primary well. It’s much easier to deny  an objective with two units inside a transport by moving onto the objective, rather than removing all three units.

Melee is king. Not only are the Charge and Fight phases ways to get a LOT more mobility (I mean sometimes double, triple the mobility units would normally get) – its also a way to remove units.

With these two things in mind, let’s talk about some of the best units at denying primary:

This is the ace in the hole for the Chaos super-faction. They have three great characteristics for playing 9th Edition missions: durability mobility (scout deployment), and Obsec. Because they infiltrate and start on or near the midfield objectives, Nurglings put the Chaos player ahead on Primary automatically. You are in position to hold the middle or to charge and gum up your opponent’s objectives. This now puts pressure on your opponent – deal with these Nurglings quickly or suffocate on primary.

The best troop choice Chaos has that isn’t Nurglings.

Durable – to an extent because of their profile but more because of Cloud of Flies – an ability to make them unshootable unless they are the closest (See Ep. 3 about something you can stick in front of them – Terror Chicken). Even more durable when paired with the Foul Blightspawn.

And because they have the most versatile melee weapon in the game, the plague flail (see Ep. 1), they will go toe to toe with any opposing ObSec unit and come out on top. This is what makes them one of the best units at denying primary.

Does your opponent have obsec on the objective?

No -> Move or charge onto objective -> Take objective

The best Troop choice Chaos has that isn’t Nurglings or Plague Marines.

Having a single squad of bloodletters in your pocket (akin to pocket sand) is such a powerful tool at denying primary. 185 points and 2cp lets you have a 20man strong unit come on turn 2 or 3, charge, and take your opponent off an objective or two. Charging out of reserve with Obsec is extremely powerful in terms of denying primary. Don’t count on these guys to do a consistent amount of damage – they are unfortunately too swingy for that. Where these guys have value is the ability to take objectives away from your opponent that they would normally control. Very valuable.

Charging Obsec out of reserve is powerful – which is why Noise Marines, Cultists, and to some extent Tzaangors and Rubrics, need to be mentioned. Noise Marines do shooting great and have the best charge stratagem in the game (Honour The Prince), allowing them to almost automatically charge out of reserve (Drill, Hellforged Drop Pods, or strategic reserves).

Cultists have some movement tricks in Alpha Legion, CSM, Tsons, and Emperors Children, but are expensive and do no damage.

Tzaangors are worse Bloodletters due to the fact that relying on rolling an eight on 2d6 for your charge out of deepstrike, even with 1 or 2 dice rerolls, will fail you often.

Rubrics and to some extent horrors, also have shooting and movement tricks. Unfortunately, neither do melee at all. In 9th, melee is king.

Daemonettes – fast when advancing and charging, semi-cheap and semi-damaging

Berserkers – the best offensive output out of any troop. Semi-mobile with pregame strat and double fighting. I want to say more but my heart just isn’t behind these lads.

Half of winning in 9th is denying your opponent points. As lists evolve, denying secondaries is going to become harder. To deny your opponent points, denying primaries is going to be the most consistent way to deny points. Obsec units that can reliably get to objectives or clear them, such as Nurglings, Plague Marines, and Bloodletters are amazing at helping you deny primary points and winning you the game.