The QCC V8: Plague Marines, the Makings of a 9th Edition Deathstar 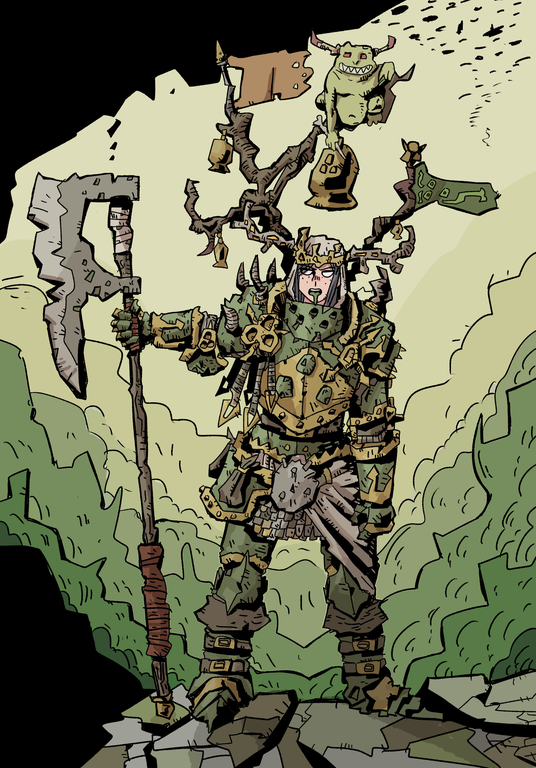 Does the following unit sound like a death star?

Side Note: The Quick Chaos Cut is now on Spotify! See the link here: https://open.spotify.com/show/3Un6YMcJVKEalMJL823G8b

Plague Marines are one of the strongest shooting units that Chaos has. They have easy access to full re-rolls to wound through a stratagem to make their boltguns plague-weapons and Arch-Contaminator (and rending against infantry on top of that). They have easy access to double their number of shots through a stratagem. They have a decent threat range with Warptime and Rapid Fire at 18”. This unit can remove significant amounts on non-vehicle models.

Note: this unit has access to even stronger shooting through the Blight Bombardment and Biologos Putrifier combo. Unfortunately, that shooting is limited by its short range and a buffing character that needs to be extremely close to the unit. This shooting isn’t necessary as Plague Marines will already do significant damage to anything in charge range by removing them in the Fight phase.

Oh, and I forgot to mention that Plague Marines are Objective Secured, making them extremely potent at playing the primary mission. On top of this, you can give Plague Marines a stratagem to heroically intervene through the Mortarion’s Anvil Plague Company. This translates to a unit that is near-unstoppable at scoring and denying Primary.

It needs to be light on pre-game CP spending because it brings 3 detachments. It only spends CP on deep striking Bloodletters and Arch-Contaminator. It starts with an average of 6 CP (4+D3 from the Word Bearers WL trait).

The Death Guard detachment is the meat of the list. The Plague Marines are ace – see above. They are the best all-around unit that Chaos has. They’re great at shooting, great at assault, unshootable in some scenarios and unchargeable in most scenarios. The Daemon Prince provides rerolls to hit, wound, and psychic support in the form of Blades of Putrefaction. The Foul Blightspawns make your army essentially unchargeable and provide significant and consistent damage output mid and late game. The 5 Plague Marines in the rhino (with a Foul Blightspawn in there) also serves multiple purposes: take mid and far-board primary away from your opponent, provide mobility to threaten more objectives, and provide screening for the Clouded Plague Marines.

The Daemons Detachment provides a solid compliment to synergize with the Marines. The Changecaster gives built in rerolls through Gaze of Fate to save on CP. The Nurglings operate mid-board, serving two purposes: Putting you up on Primary, and providing Cloud of Flies protection to the Plague marine units. Bloodletters serve multiple purposes: denying your opponent primaries, making them screen important units and waste resources, and providing Cloud of Flies protection in front of Plague Marines.

The Word Bearers detachment is built around two things: One – guaranteed psychic powers of warptime, prescience, and/or death hex to supplement the DG Detachment. Two: Scrambler and Recon secondaries.

Lets talk about primaries. This list leverages the three best primary-playing units that chaos has: Plague Marines, Nurglings, and Bloodletters. Nurglings put you up on primary early in the game, forcing your opponent to deal with them before doing anything else or suffocate on primary. Plague Marines are amazing at absolutely cleaning up midfield objectives and not giving them up in return. Bloodletters are amazing at threatening any objectives on the field, especially forward objectives.

It’s WWSWF choices are the Daemon Prince, the Changecaster, and the Sorcerer. The Changecaster sits back in the backfield, guaranteeing 5 points, and still buffing the army by providing free rerolls. The Daemon Prince is near unkillable, as he’ll be surrounded by Plague Marines. On top of that the Foul Blightspawn will make him near-unchargeable. His statline is designed for WWSWF, with T6 3+/5++/5+++FnP and W8. The sorcerer is the weakest of the bunch and most likely to die. He’s fast, but that’s about it. However, getting an almost-guaranteed 10 points on a secondary that is independent of your opponent’s army is amazing.

All of these secondaries are relatively easy to score and independent of your opponent’s army composition (except maybe Psychic Ritual).

Plague Marines are the closest thing Chaos has to a 9th edition death star. This unit has one of the best shooting outputs across all chaos and one of the best melee outputs across any codex. You can make this unit unshootable and unchargeable in a lot of scenarios. This unit is ObSec and can heroically intervene, and so plays primary extremely well. Pairing this unit in a list with other really strong primary players (Nurglings and Bloodletters), extremely reliable psychic support (Word Bearers), and the wiggle room designed for secondaries means that you can have an extremely powerful list that can roll over your opponent over the course of the game.